Another job for police… policing people who smoke in cars with children present. I hate to think of the altercations that will come from that. If the incentive of having kids in the car (and protecting their health) isn’t enough to prevent someone from lighting up, or vaping, I’m not sure how effective the wagging finger of a police officer will be to a dedicated nicotine addict.

I see the IPCA has produced a big fat report on rural policing. I had a bit of a look and there is some good stuff in there, albeit a lot of it is what many of us have been saying for a long time. I see Police says it’s doing its own review, so I will hurry up and wait for more recommendations then.

Two things in the IPCA report that did surprise me were the removal of Police housing and the five-year tenure suggestions. There might be a few unintended consequences with those ideas, such as getting cops to move to small places when there is no suitable housing, and, if they do move, asking them to leave when their family is settled into a community and their children are at school. However, country policing is different so it’s good that the powers that be are giving it some attention.

Meanwhile, provincial policing is not getting any easier either, with an increase in gang activity. The Head Hunters have set up their South Island HQ in Timaru, taking over a former Road Knights pad secured behind a nondescript, stone-gray corrugated iron fence. Renos could be tricky, though, with the mayor advising any tradespeople approached by the gang to “simply say no”. He’s also told the gang to “bugger off”.
If only it was that easy…

I see that “gaming” is now considered part of Police Sport and eligible for funding under the category of “e-sports”. My mate who is a keen sports fan, and a bit of a cynic, wonders if he can get a subsidy for his Sky channel subscription so he can “interact at home in my living room with family and friends while watching television”. I’ve challenged him to a one-on-one at “Fifa”, but I haven’t heard back from him yet. 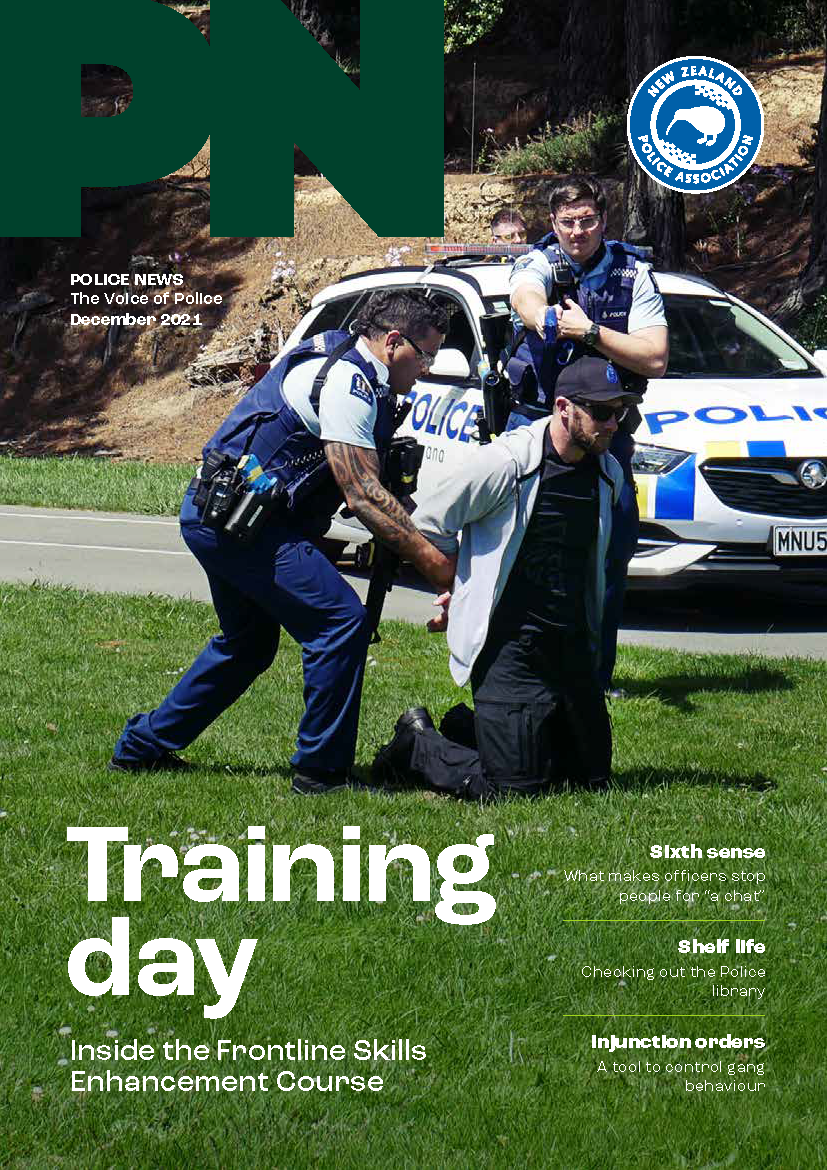 Inside the new Frontline Skills Enhancement Course, what makes officers stop people for "a chat", and the Police library wants to make some noise.