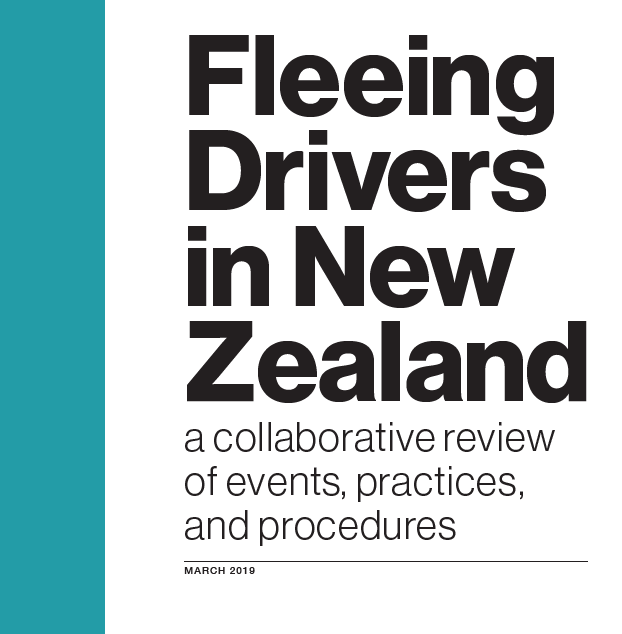 The IPCA/Police thematic review, Fleeing Drivers in New Zealand, is welcomed by the Police Association for its in-depth analysis and presentation of the complexities of a burgeoning issue.

Association President Chris Cahill says the fact remains that today’s comprehensive review – the sixth since 2003 – offers no solutions to one of the most dangerous of policing situations for all involved.

“New Zealanders can now see that there is no easy answer to the conundrum that fleeing drivers pose for police and the public. The association recognises this reality and has told the IPCA and Police that it is willing to work with them on any reasonable and positive changes that may be needed to improve the fleeing driver policy”, Mr Cahill said.

The review dispels a number of urban myths about fleeing drivers and the association considers this data very useful for helping officers make safe decisions.

The cases investigated by the IPCA and Police reveal drivers who flee from police are not all juveniles in stolen cars. The median age is between 24 and 26, overwhelmingly male, 50 – 68 per cent are active or serious and persistent criminal offenders with between 16 and 27 criminal convictions each.  More than half have previously been in prison and more than 65 per cent were not licenced or were disqualified or suspended from driving.

“This problem is made even more puzzling when we consider that as officers abandon more and more fleeing driver events – 55.5% of the 3796 in 2017 – the number of fleeing drivers nevertheless continues to rise.  That is an interesting consideration for those who call for a total ban on pursuits,” Mr Cahill said.

“It is important to put the numbers into perspective.  Police stop about 2.5 million vehicles a year. That’s an average of nearly 7,000 a day, and those who refuse to stop account for 0.15% of those drivers,” Mr Cahill said.

“Yet that small percentage can be the cause of terrible consequences for themselves, passengers, families, innocent members of the public and the police officers who have to cope with the aftermath.

It is therefore imperative that the recommendations in this review translate into tangible improvements for officers.”

The association has approached this review with a focus on the health and safety of its members who deal with the consequences of fleeing drivers.  Officers must be provided with   proper and adequate training and support so they can meet the significant challenges of making split second decisions while concentrating on an array of variables.

“Officers are simultaneously focusing on their own driving, the driving of the fleeing driver, the presence of other drivers, the road and surrounding conditions, communicating with Comms and listening to their directives, all the while constantly assessing the threat, exposure, necessity and response (TENR) involved in the incident,” Mr Cahill said.

“This supports the need for further training and initiatives that assist officers to be risk-averse as a natural default,” Mr Cahill said.

The association endorses the IPCA call for this review to be the catalyst for further research so we can better understand why some drivers do not stop when so directed by police.  Mr Cahill said it was also good to see the IPCA’s commitment to independently and regularly monitor the implementation of this review’s recommendations.

“So much time and effort has gone into this review that it would be a disservice to all involved if the resources and attention demanded of Police are not realised.”